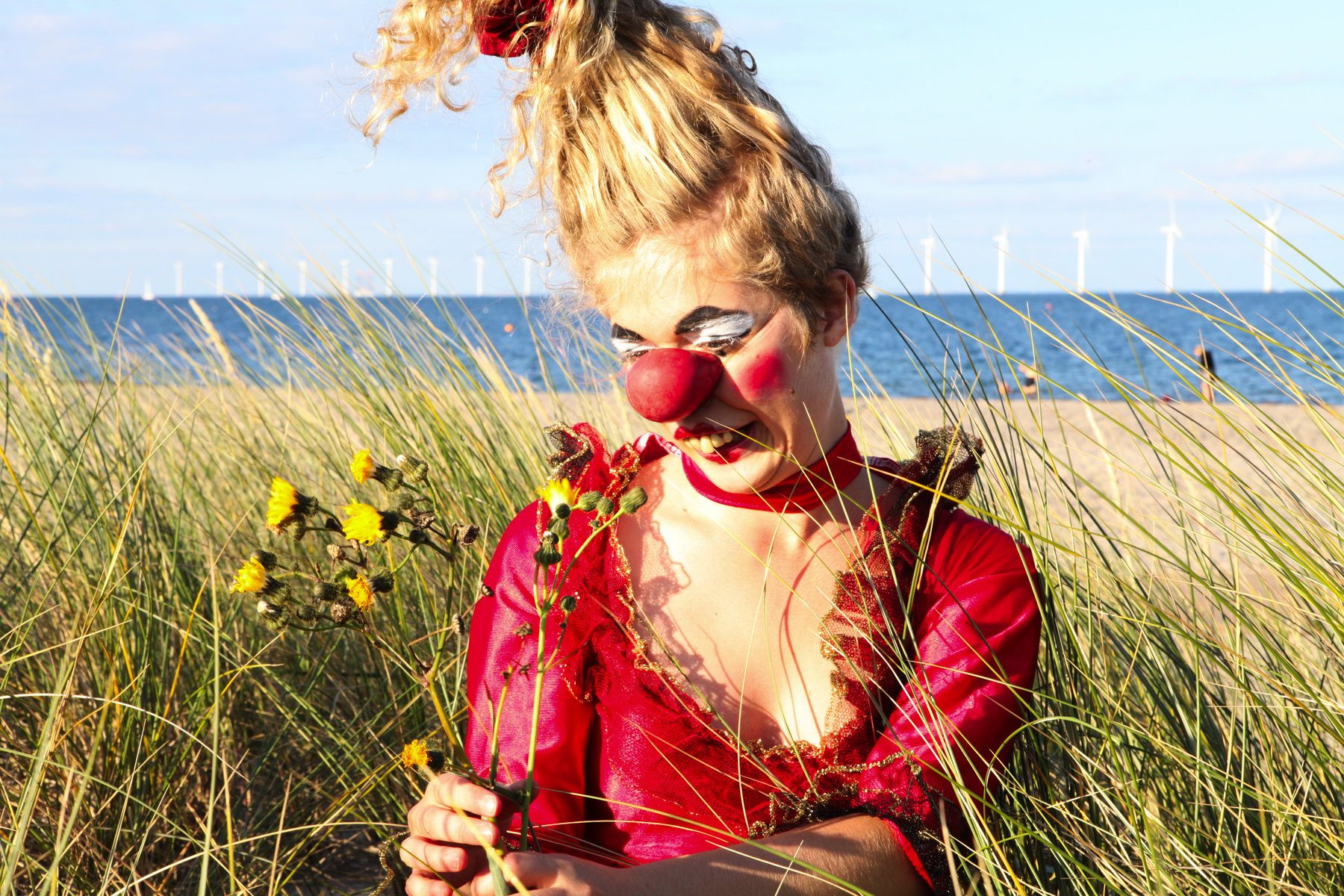 My clown is called Mulli, and Mulli is temperamental, shy, a ”control freak”, curious, generous, lovely, too much and clumsy. Sometimes she creates a small bobble around her and what she is doing – she has a big heart and at times she can become totally blank, when there are things happening around her, that she doesn’t understand.

I developed my solo clown show, ”Get Back on the Horse” in collaboration with Jens Kløft from Theater Burning Love, and the show premiered in March 2015. Here is a small teaser describing the show.

The clown Mulli is about to get ready, she is cleaning, dusting and putting things in order, but really there is not much to fix. She is mainly going in circles among old memories and dreams. We meet her in the doorway – just like that – about to prepare and ”fix” some…..thing. When her awaited audience finally has arrived, she falls asleep. She awakes abruptly and discovers, that she didn’t get done with everything in time! Deeply embarrassed and in panic she starts cleaning and dusting – again. But behind all the dust bunnies, old ”gold” is tucked away. One at a time she discovers all her talents, and tries if she still has it in her. But the music stand is teasing, the violin has shrunk, the note gets a little bit too shrill and the flamenco steps are not quiet as steady anymore. Nevertheless, she finds her courage among the old stuff – and she decides to try again!

Pictures from the show. 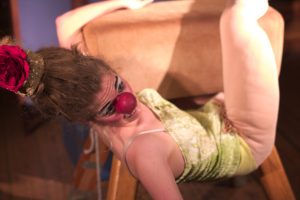 The emotional transparency of the clown is essential, and is what creates a room for understanding and empathy. Through the logic of the Clown problems are being put into new  light and through laughing we understand new things about ourselves and the world around us. The Clown reminds us that we sometimes will fall heavily, but that we have the ability to climb up again and give it another try. It is quite human to walk in circles, get distracted, forget what you were doing, and then find back on track again. There is something comical in that tendency, that, if we will recognize it, gives us energy and strength.

I am not interested in the clown, who only lives through its acts, skills and tricks – I want to see a core. We laugh and get moved, when we see the human aspects of the clown. It is these little cracks, that I look for – it is those, who shows us, something we can relate to – and that is the poetic nature of clown. In my perception the clown doesn’t have to make the audience laugh constantly – there is room for both laughter, tears, embarrassment, failures, anger, and success – there is room to be human.