The Matchman is a rework of my solo Storytelling project at Dell’Arte from March 2017.

The Performance is based on H. C. Andersens fairy tale ”The Little Match Girl”, but in this piece I focus on the point of view of the girl’s father. The father is only briefly mentioned in H. C. Andersens original version, as an authoritative figure,  dangerously waiting at the home ready to scold the little girl if she returns without having sold any of the matches.

The Performance addresses the themes homelessness and grief, grief when having lost – lost the foothold in one self, in life, in the world, lost ones foothold in the society, lost ones dignity, lost ones sense, lost ones home and dearest ones – lost ones daughter. It is a touching tale about a father, who can not find his daughter and now has descended to what by society is “scum”. He is just as fragile as the cardboard boxes, he has created an imaginary village out of, and as the little piece of Kleenex tissue paper, which he has formed to a little dull, and which he, blinded by longing and grief, treats as his lost daughter.

The performance interweaves clown and tragedy – with a comic touch at times but also heartbreaking human depth.

The show is expected to be approved to ”refusion” by the Danish Arts Counsel and a part of the Children Theater Festival in Denmark in 2018, as well as hopefully also the H. C. Andersen Festival in Odense in 2018. 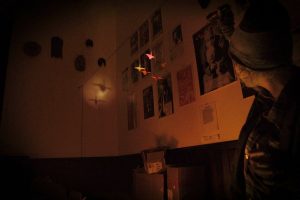 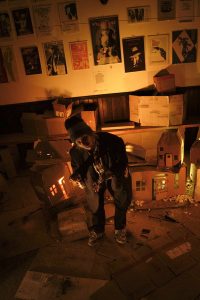 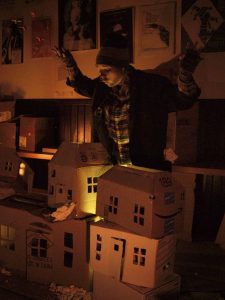 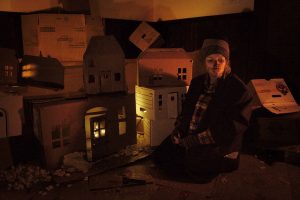